After the forced break due to the pandemic, the doors of the AFCEA trade fair could be opened again this year on 15 and 16 September 2021.
The focus of this year's AFCEA trade exhibition was the topic "Digitalisation concrete! Means - Effect - Consequences".
Current developments from roda specifically target the initiatives of the digitalisation of the armed forces.
In line with this, roda presented its new and modular product line roda Common Crewstation (roCCs), according to the (N)GVA standard in defined sizes and performance classes, which can be integrated as a workstation with high-performance computing power or as an operating and display device in different types of vehicles. The vehicle integration of the roCC as well as the Panther DK13 and the Serval RD19 could be viewed in a sample installation of the FFG's G5 reconnaissance and situation vehicle.

In addition to the current display series, the new flagship, the roda Lizard® RB14, which with its 17" FHD display is the "big brother" of the Lizard® RW14 already launched on the market, was demonstrated.
The Lizard® RB14 with its high-performance XEON processor, up to 64 GB main memory, also as DDR4 ECC version, can be used with up to four exchangeable SSD hard disks (up to 2TB) and optional Raid functionality 0/1/5/10 as a responsive and reliable server in an extremely compact and mobile laptop format.

In line with the digitisation of the armed forces, roda and its partners exhibited suitable and now available rugged hardware for mobile and deployable use.

Among them was the new Panasonic TOUGHBOOK G2 tablet, which combines all the advantages of state-of-the-art technology, while still allowing the use of existing systems - for more flexibility, security and ease of use.

Especially in the Scandinavian and American markets, the 19"/2 products of MilDef AB Sweden are on the rise. Hardened routers, (VoIP) switches, computers and servers, out-of-the-box and ideal for space-saving integration in hard cases.

Once again, the miniaturised USB hubs and switches from Techaya, tailored for the modern soldier, were there. For deployable and also stationary operation, the robust high-performance servers (up to 40 Core Xeon) in 19" format from WESTEK UK were exhibited.

The digitalisation of the armed forces is accompanied by an increasing demand for qualified power supplies. In addition to the power supplies already introduced to the market and developed in-house by roda, the new AC adapter ACS150 was presented in a significantly more compact format with the same performance, which is used as a fully IP-protected set, especially for autonomous outdoor applications or for integration in containers.

After the involuntary pandemic-related break last year, the AFCEA once again became a platform for exchange with 178 exhibitors and around 2,400 participants from companies, associations, media and organisations in the IT defence environment. The next trade exhibition will take place on 30 and 31 March 2022 at the World Conference Center Bonn. 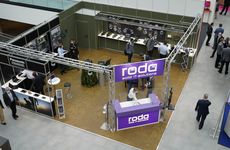 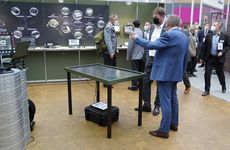 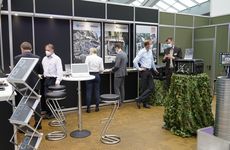 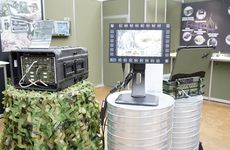 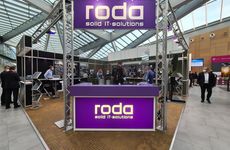 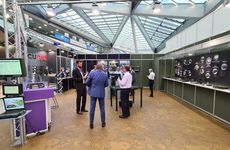 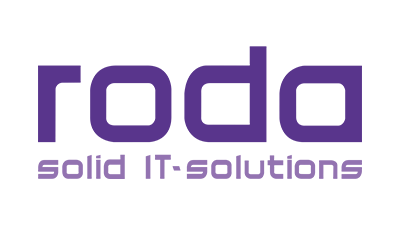 The current delivery situation for roda Solid IT products